Marco Sousa Santos is a Lisbon based designer who has been working across several fields of Design and Design Management.

Since 1995, as the founder and director of Proto Design and Experimenta Design, he has promoted several projects and design collections with national and foreign authors, contributing to the new “Vision” on Design culture in Portugal.

As a designer, Santos is firmly rooted amongst a generation of designers who have built a strong international reputation for contemporary Portuguese design. His projects and products have been displayed and exhibited in institutions of reference, such as the V&A in London, MOMA Store in New York, the Triennale of Milan and Salon du Meuble in Paris, featured alongside some of the world’s most prestigious designers.

Marco Sousa Santos is also professor of Industrial Design at the faculty of fine arts in Lisbon. He maintains his studio in the Portuguese capital and from there, he works with many Portuguese producers with whom he has established dynamic partnerships for his newborn Branca label. 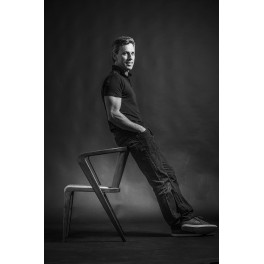